Give me your credit card information. 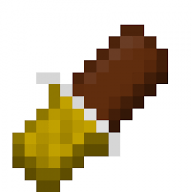 Scyhh said:
tbh wario's neutral b should be him eating garlic to restore health
Click to expand...

Well, it didn't help his public perception at any rate. Sakurai's version of Wario is only very loosely like the WarioWare version, and pretty much nothing at all like the Wario Land one.

But I'm not sure it ruined him. The lack of Wario Land games in general probably did that.

Nah, it didn't kill anything about Wario. Smash does promote the idea of farting being a major part of Wario's character and yes, it's still irritating, even over 10 years after his Smash debut in Brawl, but at the end of the day they are just questionable portrayals of his character and nothing more.

Also Smash really has nothing to do with Wario Land's absence, even with how much the series tends to get neglected in it (though Ultimate has shown more goodwill towards WL then past games).

I feel people seriously overstate how much influence Smash has over the franchises it represents. Yeah it's going to color how people view characters and series that they aren't familiar with, but you can say the same about any crossover.

That's all it really is, Smash is a goofy crossover and not the center of Nintendo that everything has to bow down to.

No, just soiled his rep a little.