Yet again, inspired by a thread in another forum.

Let's face it. We all have at least one game that's liked by you, but mocked elsewhere.

Maybe you like it. Maybe you feel that it DOES suck. But you can't bring yourself to hate it.

I happen to enjoy a decent chunk of Compile Heart's work. Yes, there's fanservice. I like the characters for so much more than that. However, Moe Chronicles takes things to an extreme that makes me avoid it, but otherwise, I'll continue following.
Last edited: May 30, 2015

I've mentioned this game in a similar context before, but I figure I'll elaborate.

-The game is a complete technical disaster, pairing a framerate that's only constant in failing to hit above 20 FPS, noticeable fog, and generally poor assets beside the decent Mobile Suit models. This video isn't the result of a bad capture card, a defective ps3 or whatever: that's how the game actually runs.

-Plenty of minor game design issues (idiotic AI, an order mechanic that doesn't work because there's no indicator to tell if your allies are acknowledging your orders... etc)

-The game feature a varied roster of MS for both Zeon and the Feddies, with some unorthodox choices (For ex: The Hildolfr, not really a mech as much as a giant tank destroyer with a quarter-assed "mech mode").

-Furthermore, all mechs can be extensively upgraded and most have a large variety of weapons to choose from.

-There's an interesting time management aspect: You can freely choose assignements, but you're on a schedule: After certains days, missions will become unavailable and others will open up. At the same time, ordering new mechs, doing upgrades, repairs... etc, takes certain amount of ingame time, so you need to make tough decisions.

-The control scheme is actually quite good when you realize it's not meant to be played like your average dual analog shooter. For one, it's the only Gundam game (I know of) that lets you fire head vulcans and your primary weapon at the same time.

-Fun realism slant. There's a good sense of weight to your mech's movement, everyone's arm/legs/shoulders/head. including yours, can be destroyed, with appropriate effect, your allies will eventually become tired and less effective if you take them on too many assignements in a short time (and the opposite), your ammo supply is limited so if all your supply points are destroyed, you're shit out of luck, etc.

I tremendously enjoyed it and played through each side's campaigns 3 times. I'm a fucking idiot.
Last edited: May 27, 2015

This game is a Point 'n' Click Adventure game that features platforming segments whenever you travel between two areas for the first time. These platforming segments are simple, with no way to defend yourself, and at times, bullshit hit detection. Towards the end the puzzle-solving becomes an absolute mess of about five samey items, too. It really isn't a very good video game.

Yet for some stupid reason the amount of personality it has makes up for that. It's not even that quirky, it's just the game itself is a goofy enigma of decency. I honestly love it and couldn't really offer a sound explanation as to why.

Technically and design wise, the game is terrible. No question about it. The levels are unfairly designed to screw you over left and right. The graphics are poorly traced sprites from other games by Nintendo (often Yoshi's Island 1 or Yoshi Topsy Turvy). The music is mostly forgettable or abominable with a few exceptions.


Above: Perhaps one of my favourite songs in the game

But I still enjoy it, to some extent. The kaizo style difficulty is cheap, but it's fun. It's a nice change to the overly easy levels of most Mario games.

And the game does have a lot of charm. The Kamek intros are amusing, in their cheesiness (very Wario esque writing feel to them):

If it isn't the killjoy Yoshi! You're always trying to ruin my fun! But not this time! Burt Brothers! Crush this overgrown lizard!

Mirror, mirror on the wall, I've got a friend who's the ghastliest of them all! Are you frightened yet, little Yoshi?

Look at my lovely flower! It's feeding time and you're the main course.

When Bessie Bass finishes with you, you'll be nothing but fish food!

Now it's time for you to get DIZZY!

AAAK! I can't believe you've made it this far! So you like to suffer do you? Well prepare to taste the abyss!
Click to expand...

Not to mention the level names. Like how the final castle's name is actually the Japanese name for Bowser's Castle in the original Yoshi's Island. Or how a couple of levels are direct references, like the Cave that Never Ends. Or the amusing excited names: 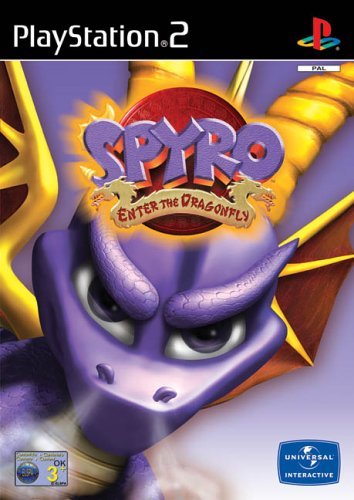 
Of all the Spyro IP, this game is considered the worst.

The developers of "Universal Interactive" (nowadays as Vivendi Games) planned to had 120 dragonflies to collect,featuring Gnasty Gnorc & Ripto as vilains; over 25 levels/worlds and a 60 frames per second, but since they wanted to release the game on Winter for the holiday season, they rushed like mad to finish it at time and it just became a total disaster, turns out that the game only has:
Even Ted Price, the CEO of Insoniacs Games (who made the original Spyro trilogy on PS1), stated that this game was as absolute travesty and he became a abused stepchild. *couch**couch*Skylanders*cough**cough*

Despite the fact it's considered the "Worst Spyro game ever" and it's major flaws, I actually enjoyed the game.
For me, it's very playable and I didn't care for the loading screen since I'm a patient person.

But what I loved the most was the soundtrackm which it totally hooked me for it.
Listen some of them:

Possibly the worst in the series, this game is buggy as possible. It was so buggy that an update that promised 16 new cars only unlocked 2 more, and if you use outside hacks to get the other 14, they have unfinished models for many of the customization options.

The game took a more realistic approach for this one, but everything seems off. I made a car that can go 6's in a drag race, which is decent when compared to a Funny car, but I CAN HOLD A WHEELIE THE ENTIRE RACE. And not a small wheelie, a huge wheelie that should flip my car over. What makes this even worse is that landing is the exact same as if you were to wheelie this high in real life. So if you upgrade your car and it ends up being able to wheelie, it'll be full wheelies no matter what, then you land, you bounce and your car turns to the side, and then you either total your car or lose the race because you had to steer. It's stupid.

The main premise is some guy with the same name as a Smash Bros composer (no joke) sees you race and says you're bad, so you gotta take them down. Brilliant storytelling. It's a racing game, I don't need a story, so either give us an acceptable story with effort like NFS: MW 2005 or no story at all.

I actually cannot say a single good thing about this game. The controls are terrible. The nitrous system is terrible. The soundtrack is terrible. And yet, I still like it. I have no idea what I like, but I like it.

BeepBoopWAH said:
The main premise is some guy with the same name as a Smash Bros composer (no joke) sees you race and says you're bad, so you gotta take them down. Brilliant storytelling.
Click to expand...

I'll say. It sounds like the best storytelling in the history of games, no, of any medium ever conceived, and have yet to be conceived.

Gee, I dunno. I'm partial to 50 cent blood on the sand

I like any game to be honest, I can play anything and have fun. However, I don't know why, but playing Wario games (specially Wario Land) shoothes my soul... A perfect remedy for bad mornings! Aside from that, when I was a kid, I would stop playing in certain areas with my gameboy sound up, just to listen to the soundtrack on loop, while playing with Legos or laying in bed. Some 8bit songs are so good to listen to...

I guess that would be my "guilty pleasure" game. If you look up the game, youll hear alot of people hate on the game because of the voice acting. But I think the game is great, its one of my all time favorites.

I do enjoy cliche JRPG things, though. And ARF is full of them : p The clueless female lead, the sad protagonists best friend who eventually betrays and turns on you,the eventual and obvious relationship blooming between the male and female lead, I enjoy all those things for some reason : p

An Action-Adventure Game About Diabetes

Crescent-Moon Villager said:
As a kid growing up with Type 1 diabetes in the early 90's
Click to expand...

Youre such a freaking liar : p

What could possibly go wrong?

This game is bloody horrible, but I played the hell out of it. It's a game that people pretty much run away at the mere sight of it. I'm not sure why but I really like this game even though people hate it. Maybe because I played it with my dad when I was young all the time and back than it felt fun well sort of anyway hah. It's Batman Forever on the SNES. This game is so bad it's funny, it's as if you're using mortal kombat control scheme while playing an adventure/beat em up. It does not fit well but it's so fun for some stupid reason. Had a ton of laughs making fun of how rigid the characters moved and depressingly black everything was in this game was. The grunts are the funniest bit it's like their constipated.

Metal Gear Solid 2.
I didn't mind Raiden!
Yeah, he's no Snake, but he's there so we can see how crazy stuff gets later on.
Snake takes it all in his stride, so it wouldn't have the same effect.