Note: These are technical hacks! You may find that level layouts are only slightly modified, or not changed at all! They may have bugs or glitches, both visually, and physically! These hacks were not designed to be full fledged hacks, and will never be completed!

Do not allow demos to play in these hacks, unless you don't mind your save files being overwritten!

Please use Floating IPS to apply the BPS patches to your Wario Land 4 ROMS!

#2 Heartless Challenge!
I know that many of you are not going to be very happy with me in regards to this hack, but I am feeling a bit "Heartless" today! Wario Land 4, but with no hearts! Now to wait for the criticism to roll in...

#3 Time Attack!
The entire game is on a time limit! The Frog Switch has been moved directly under the exit portal with Keyzer taking it's place (There are a few exceptions in regards to Frog Switch and Keyzer placement!)! Most levels (for all difficulties) have their time limit raised to 10 minutes, so they should be possible to complete 100%! Good luck! This one is my personal favorite by the way!

Seems interesting. I'll check these hacks out soon, though I know full well the heartless challenge is going to be brutal.

You get hearts by defeating enemies, so it isn't totally heartless...

Trivia: Did you know that the bomb the Frog Switch produces actually explodes? I'm pretty sure that very few players have ever seen it explode, because they typically RUN AWAY from lit bombs in order to, you know, SURVIVE!

Update: The Time Attack patch has been finalized for Hard mode! Every level can be fully completed under the 10 minute time limit in Hard mode! Normal mode hasn't been tested, but let's put it this way: If you can do it in Hard mode, then you can do it in Normal mode! Super Hard mode hasn't been unlocked, since I failed to get all 12 treasures (1001 curses to Aerodent!), so it's untested as of yet!
Last edited: Jun 29, 2020

Well, being able to get some hearts from defeating enemies isn't too bad.

But come on, you may as well go the whole way. Full Daredevil Run set up for Wario Land 4, where one hit always kills you!

Here are a few screenshots of the hack!
(Warning: They suck, but look at the coin counters carefully!) 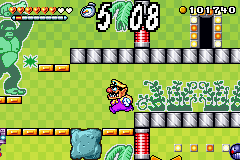 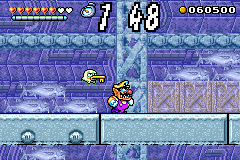 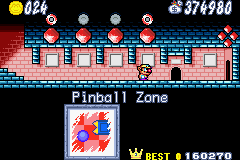 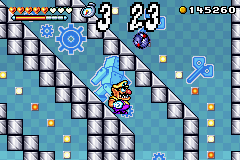 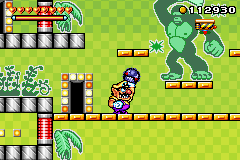 Whoa, that's hell of a lot of $$$. Wario would be proud of you for making such a hack.

Tiger21820 said:
You get hearts by defeating enemies
Click to expand...

Wait, you didn't get this idea from King Knight in Shovel Knight: King of Cards by any chance, did you? (Just asking; I don't know if you've played that game.) Anyway, I love such a concept, but as CM30 said, a "sudden death" or as I like to call it, "Wario must die" mode would be great too. Just make sure to put some extra enemies at unexpected and annoying places to give it that real "Kaizo" feeling.

The Heartless Challenge is meant to be a regular game where no hearts are available, pretty much nothing else was changed! The sudden death aspect can literally be attributed to Super Hard Mode, since you start each level with only one heart! I can definitely start a "Kaizo" (does that word have an actual meaning?) hack some time!

Of the three hacks I made so far, the Time Attack hack is my personal favorite! I had tons of fun playing it!

Thanks for the feedback by the way!