Unpopular Opinions for Everything Else
9 10 11

Stupid attempt at an RP revival

Wario Land 4 - "Alleyway Overture" Desktop Background 2019-08-18
I wanted the entire vertical pan on my computer then thought to make a desktop out of it.
0.00 star(s) 0 ratings 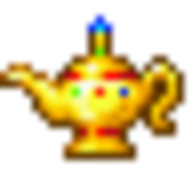 Username Change 200 Coins
This lets a user change their own username (or let someone else change theirs)
0.00 star(s) 0 ratings

Can't believe Super Mario Land 2 and GTA share the same birthday date.
I went back to be with my family from being at the dorms in my college for some weeks and seeing my house has never felt more surreal.
Welcome to Wario Forums!

do you think the reason Wario says his name all the time is because in-universe people are also fucking stupid and keep pronouncing it as wɔriˌoʊ
Hey, welcome! Always nice to see another Wario fan joining in on the fun!

Have a rotten stay!