What was going on with Wario Deluxe anyway?

When he seemingly went mad with power and took over the stadium like a megalomaniacal dictator in WarioWare Gold?

Was he merely going crazy because his scheme was working out for him? Or did that pot thing he found actually mess with his mind somewhat? Cause it's very out of character for him either way.

What do you think?

Two things caused this, en mi opinion, (Spanish tee hee hee)
•A placebo effect of sorts, he believed the potty was special.
•The poo fumes messing with his mind. 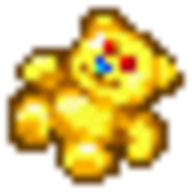 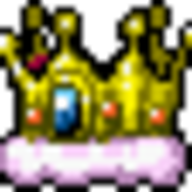 A very weird case of sleep deprivation. It is mentioned in the cards' description that he had a crummy sleep before the tournament.

The supposedly mysterious powers of the pot is what made him go nuts, is what I thought at first. But it might as well be something entirely different.
As Shoonsh said, sleep deprivation could be (at least partially) to blame for Wario's maniacal, even weirder than usual behaviour. After all, lack of sleep can do strange things with your mind and body.

The character cards for WWD all say there’s nothing magical about the pot, so it was likely a placebo effect. I dunno which interpretation is funnier: that that storm big enough to cover the entire island Diamond City is on was a total coincidence, or that that’s something Wario can just always do but he ordinarily doesn’t know that.

Greedy said:
there’s nothing magical about the pot, so it was likely a placebo effect.
Click to expand...

But how could this explain his eyes turning a demonic red? He must've been posessed by some power. And according to the Mario Wiki, the pot does indeed have special powers:

Wario Deluxe is a form that Wario takes in WarioWare Gold after putting on the Pot of Luxeville on his head as though it were a hat, granting him special powers.
Click to expand...

TBH, I kind of have a hard time believing it was merely just sleep deprivation that caused Wario Deluxe. I mean, yeah, all sorts of weird shit happens in WarioWare and what not, but considering wearing the pot gave Wario powers, red eyes and a deeper voice (and a fucking nice suit), which BTW he lost as soon as it flew off of him, I do like to think that pot does have some powers and that Wario Deluxe was caused by it to some degree.

Now what those possible powers were though, is another question and I do have a bit of a dumb theory for it.

Maybe the pot is similar to how the Chaos Emeralds work in Sonic in that, the pot has the power to transform a person into a more powerful form depending on their thoughts and feelings.

And, taking the above dumb theory/headcanon into account, maybe the pot fed off of Wario's more negative traits (such as his greed and ego) and his mood at the moment (being tired due to the aforementioned sleep deprivation and anger due to potentially losing his money to the winner) and ampified those traits to an extreme degree and made him a powerful being as a result...or something like that???

That or it's really just a fancy toilet and Wario Deluxe really was just caused by sleep deprivation and I'm just overthinking it a ton, I mean, weirder things have happened in this franchise.
Last edited: Oct 30, 2019

I think Wario Deluxe is just Wario using powers he always has but just doesn’t realize it.

The poop fumes merged with the Wario-Man genes deep within Wario's DNA, which caused an entirely new transformation to be created.
Now, whenever he goes to the bathroom, he will transform into Wario Deluxe, a poopier version of Wario-Man.

It could all be a visual gag. When Simba starts singing about being king in the animated Lion King, the whole area takes on a totally new stylistic theme to match the tone of the song and Simba's visions of granduer. It could be that all of this is merely a visual representation of how Wario and Lulu felt.