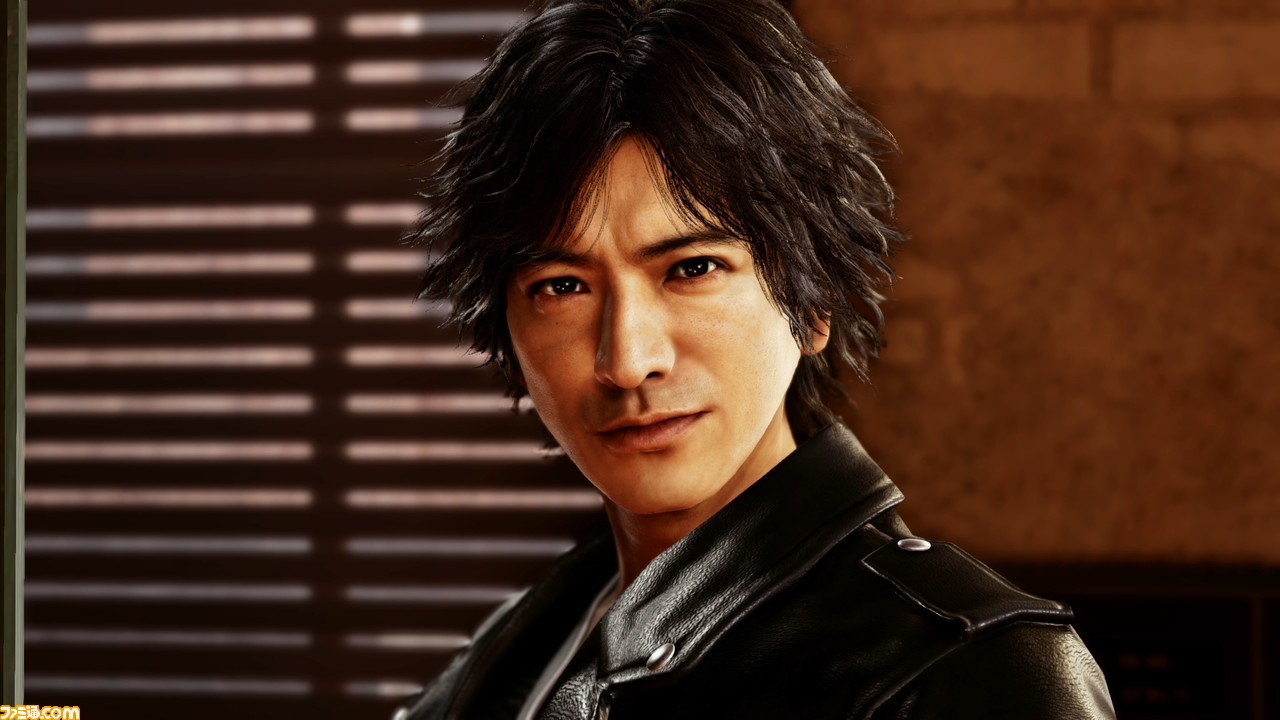 GiT is #4 on Famitsu charts this week with 21.909 copies sold, showing good legs.

Glowsquid said:
Talking about sales is kind of boring for most people, but having this data is invaluable to understand the creative and business decisions of the actors in the game industry. And having not just the total sales, but the regional breakdown is useful too - Japanese developers are notorious for not giving the time of the day for series that are global sellers but have little domestic success.

Unfortunately because of the cloak and daggger bullshit of the video game industry, it's very hard to find reliable sales data, leading people to quote the (worse-than-useless) vgChartz or simply spew complete bullshit. But with a little luck and a *lot* of pointless sleuthing, I've been able to find hard data regarding the sales of Wario games, and since I have it, why not set the record straight? -The main organism for getting US sales data, the NPD, used to be very detailled during the Xbox/PS2/GB era, giving the top 150 for each system, the exact sales and even revenues for each title, but it drastically scaled back the data available at the start of the next generation. Now it doesn't even give sales data to non-subscribers beside vague milestones, and a subscription cost in the five digits.

-Japan is the last bastion for detailled public sales. Famitsu/Enterbrain publishes detailled top 20 data each week since 1995 and another organisation called Media Create does the same (or rather did; by late 2018, they started only posting the top 10 and dropping numbers). All of the Japanese data is from Famitsu unless said otherwise.

-Snapped!, DIY Showcase, Bird and Beans and Paper Airplane are excluded from the following because of their digital-only nature. The only way I could get data for those games is if a Nintendo employee gave them to me.

-Finding data for VB WL is hard due to the Virtual Boy's very low volumes.

-There is a distinction between "shipped" and "sold". Shipped means the copies were sold to the retaillers - video game publishers get money from this transaction but they obviously want the game to sold directly to consumers too so that retaillers order more copies, and don't get burned and refused to order more of your next game.

-This blog post by French video game journalist and sales expert Oscar Lemaire was a very useful starting point in getting the Japanese data for Wario games.

-Anecdotally the game seems to have fairly low launch stocks and is not meeting demands. Multiple people reported the game selling out at specialized retaillers or gamestop reps telling them that they only had preordered copies in stock.

-The game launched #1 in the UK boxed charts, though it was noted that the game "did not need to sell a lot to get to the top" and "Its boxed launch sales are below that of Miitopia". For week 2, it dropped to 8th place, and week 3, it was 10th.

-Launched at #3 weekly sales in France and Switzerland, 9th in Australia, 5th in Italy, #1 in South Korea. no numbers. Remained #3 in France for its 2nd week. Launched at #4 in Taiwan and remained in that spot the next week.

-Was 2nd on its launch week in Spain, with a little over 4k copies sold.

Games that shipped over a million copy

Nintendo actually provides on its quarterly reports whenever a game ships over one million copies worldwide. A NeoGaf user found Nintendo has PDF listing all million-selling first-party games and made a thread about it. I'm not going to repost the PDFs since you can just go there, but I'll recopy the data relevant to the Wario games.

(none of the following include sales of download copies)

-Sold 1.59 million copies in Japan alone according to an old Tokyo Game Show slide, making it the best-selling Wario game in Japan

-Sold 1 136 255 in Japan, making it the best-selling WW there and the 2nd best-selling Wario game in Japan after the original WL.

-Quoteth Wikipedia: "The game received a "Platinum" sales award from the Entertainment and Leisure Software Publishers Association (ELSPA),[33] indicating sales of at least 300,000 copies in the United Kingdom. "

Games that did not break the million barrier


Now this is getting interesting. All of these games did not ship a combined amount of one million worldwide, so they were not included in the above PDFs. NA and Japan sales data is still available for most of these games.

-Couldn't find hard numbers for Europe, but an old UK sales report stated that "the sales of [...] Wario World [...] could be considered disastrous."

-Sold 114,195 in the US (According to Oscar Lemaire in the above-linked blog post, it had sold less than a thousand in its opening month. That's some pretty good legs...)

WarioWare Do It Yourself

- I don't have US sales data but it's likely the game did not sell well as it was quickly and massively discounted. A few years back, whee Super Mario 64 DS still sold for $40 new, DIY was sold $5 new at Best Buy (mind you, this was before the NWN shutdown)

-According to the NeoGaf "leaker" Creamsugar (who had a NPD subscription or something), the game had sold 36k in its first two months in the US.

-The game did not make the Top 40 in the UK when it launched- if you removed games in console bundles and bundled with accessories, it was #40. There's a distinct chance Game & Wario sold less than one thousand in the UK.

So there you have it. If anyone reading this has data that's not listed above, I'd love to hear from you.
Click to expand...

It's interesting to see the huge disparity between million sellers and the non-million sellers. Goes to show how important it is for a Wario game to have a good hook that really grabs people. I guess Wario's the kind of character that people can get on board with or ditch at the drop of a hat.

So two updates this week.

1: As confirmed by @warelander, the "News" section on the Nintendo Switch menu says WarioWare Git was the 2nd most-downloaded game in all of Europe for September, being edged out by the Diablo II remaster (which is digital-only).

2: The game was reported as selling 11,604 in Japan from September 27 to October 3 by Famitsu for a total of 137,179 physical copies so far. Media Create had reported WarioWare Gold as selling a total of 145k copies by January 2021 so if it sells a similar volume next week, it will have already outsold WW Gold's life time sales (and with digital copies, likely already has done so).
Last edited: Oct 7, 2021
T

1: As confirmed by @warelander, the "News" section on the Nintendo Switch menu says WarioWare Git was the 2nd most-downloaded game in all of Europe for September, being edged out by the Diablo II remaster (which is digital-only).

2: The game was reported as selling 11,604 in Japan from September 27 to October 3 by Famitsu for a total of 137,179 physical copies so far. Media Create had reported WarioWare Gold as selling a total of 145k copies by January 2021 so if it sells a similar volume next week, it will have already outsold WW Gold's life time sales (and with digital copies, likely already has done so).
Click to expand...

Amazing what simply releasing on a platform on its prime does. I think we'll have a good shot at something not WarioWare (like Paper Wario, if Intelligent Systems wants to escape the no original characters mandate) if this keeps up. More sales are always good.

Although anecdotal, I can also report that, by the third week since release, my local EB Games seems to have run out of physical copies. Not sure if that's a good thing or not, since that means expectations were either low or demand still outstripped supply.

Damn, way to out yourself as Canadian is what I would say if I didn't remember EB Games is also in australia.
T

Glowsquid said:
Damn, way to out yourself as Canadian is what I would say if I didn't remember EB Games is also in australia. ,
Click to expand...

Nice guess, but no, it's the knockoff we have in Australia. To be honest though, I forgot that there was the Canadian version until your post reminded me of it.

Media Create's yearly book had WW Gold at exactly 144.163 by January 3 2021, so that means that in a month, GiT has already outsold Gold's lifetime sales! The next step is DIY's total (187k), though with digital, it's likely there already.

-NPD is a revenue chart and not an unit chart and GiT was sold for a lower-than-average price
-Nintendo doesn't provide digital numbers unlike most publishers tracked on NPD.
T

Media Create's yearly book had WW Gold at exactly 144.163 by January 3 2021, so that means that in a month, GiT has already outsold Gold's lifetime sales! The next step is DIY's total (187k), though with digital, it's likely there already.
Click to expand...

It's comforting to know that GIT has done much better than Gold, and it makes you realise just how unsuccessful it was despite being such a good game, by no fault of its own.

I'd also love to know how much they've recuperated from GIT thus far, as with it being a 1080p-ish game it must've had a larger budget; that goes without saying. Such healthy sales numbers a month in give me no doubt it will allow the series to go on, though, and maybe even a Land game alongside.

I wouldn't think GiT had a notably higher budget than past entries considering the 3D models aren't exactly high fidelity and how much they skimped on the presentation side (no outro cutscenes, no full voice acting, cutscenes are very short and as badly animated as ever etc). The staff headcount isn't notably bigger either.

GiT has fallen out of the Japanese top 10 so I'll only be able to see the numbers tomorrow. However, a little birdie provided me the US NPD figures for WarioWare DIY and Master of Disguise! While not entirely covering the effective lifetime of the DS, it is unlikely both games sold much more

Apparently, GIT has now attained 1.24 million. I can't find where it is on the Nintendo website cited, but if true, this is an outstanding performance for WarioWare and shows all is not lost after all.

TheDragonFire123 said:
Apparently, GIT has now attained 1.24 million. I can't find where it is on the Nintendo website cited, but if true, this is an outstanding performance for WarioWare and shows all is not lost after all.

This is a big deal: it's the first million-selling Wario game since Shake It, and also the third best-selling game in the series already!
Last edited: Feb 3, 2022

As many have said, Warioware games are more known for having good legs than initial sales. So good initial sales mean incredibly good news for the series.

Doesn't give us any concrete numbers, but it's yet another encouraging sighting.

Glowsquid said:
it's the first million-selling Wario game since Shake It
Click to expand...

I was shown that Nintendo's investor PDF includes regional breakdowns of sales, showing how much GiT sold in Japan vs elsewhere

Nintendo has published updated shipment data today. WW GiT has sold an additional 30k as of March 31, bringing it to 1.27 million