Huh, that's interesting. Guess they couldn't find a place to fit Waluigi in?

I'm surprised Wario could even fit on the roster, just look how big he is.

He'd give K.Rool a run for his money, speaking of Wario glad he does his shoulder bash again, very fun.

It's a really small thing, but I like it.

a kid that made you mad (sorry)

At least classic Wario costumes doesn't look as bad as they were in Smash For. IDK, maybe i just really hate, how Smash For graphics looked.
Click to expand...

I know you posted this a while ago but I just wanted to correct you that his purple biker isn't a Waluigi reference. It's mostly based off the colors of Zombie/Vampire Wario. Just saying

Give 'em the smug schtug'l

Wario's nair in this game is absolutely BONKERS. So is every other aerial. He feels so much more intimidating than he did in Tr4sh. Thank you for fixing our wacky fartman, Paternal Figure Sakurai.

Random Adam said:
I know you posted this a while ago but I just wanted to correct you that his purple biker isn't a Waluigi reference. It's mostly based off the colors of Zombie/Vampire Wario. Just saying
Click to expand...

Meh, It's likely another Smash original.

Also, this was originally suggested in WFFB(Noted in my original post), and while I don't think this is exactly what supposted to be referenced by that alt, it looked intresting for me:

warelander said:
I made a post speculating what the origins of Wario's alternate colors is Smash could be :

Just keep in mind that this is just for fun, rather then me saying ''This absolutely has to be it!'', because even if I'm reading too much into some of these, it's still fun to think about.
Click to expand...

Thinking about it: Maybe Wario's alts were so screwed up in Smash For, just so Ultimate wasn't that dissapointing with it's alts.

not sure if this has been said, but warios back aerial attack is a reference to his hit stun in wario land 4https://www.ssbwiki.com/images/thumb/b/b2/WarioBAir.gif/270px-WarioBAir.gif 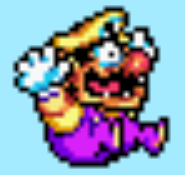 Gimblert said:
not sure if this has been said, but warios back aerial attack is a reference to his hit stun in wario land 4https://www.ssbwiki.com/images/thumb/b/b2/WarioBAir.gif/270px-WarioBAir.gif
View attachment 10462
Click to expand...

That's kind of a stretch in my opinion, it doesn't resemble it very much in my eyes. I just like to think it's a reference to Wario using his body weight to overpower others, since he's just throwing his entire body back.

Arms thrown back, I prefer to see the glass half full here and say it's at least some sort of reference.

I think Smash fans have a tendency to see references where there aren't any.

Sakurai has every ability to be exact, and when he wants to make a reference he has no problem being exact. There's no real logic in a kinda-sorta halfway reference.

I was very happy in the ways they fixed Wario. But at the same time I still wish they changed just a bit more.

I'd like his body and arms to be slightly larger so that he doesn't look as short and squat (it doesn't have to be much, just a little). I'd also like it if his forward throw was his Wario Land throw. They could give him something like Mega Man's throw forward throw. And finally, give him a normal looking run animation.

I like him, but...
I'm just going to say it. Sakuri did not fix the over-simplification of Wario's personality to freakin' potty humour.
Where's his greed? Strength? Sneakiness?

There's not really much potty humor since he only has one move that involves such a thing.

It's two things:
1. Most of his animations are goofy and stupid looking.
2. His appearance does not look tough in the slightest. He looks like a joke.

You can fix 1 a lot by giving him a normal running animation. Maybe change his up clap to thrusting two fists in the air, and his down tilt into him swatting at the ground instead of doing that weird thing with his hand. Also like I said about his forward throw.

You can fix 2 by making him slightly taller and making his arms bigger and buffer.
Let's compare the Smash model with a Wario from a Mario sports game. 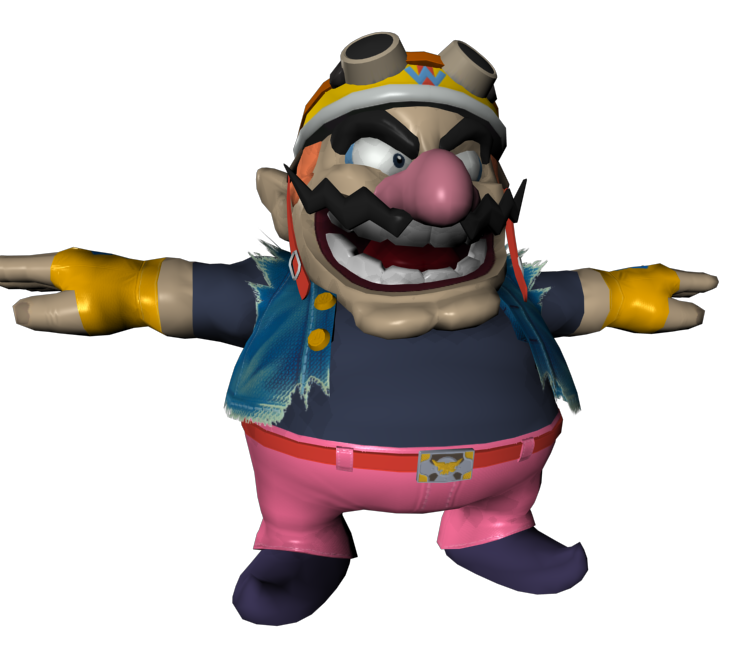 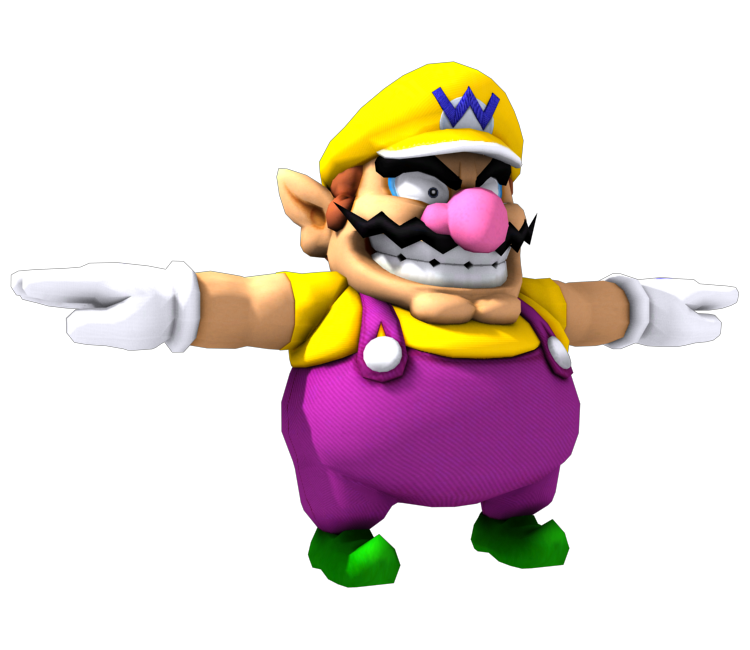 This ideally how I'd like Wario to look in Smash.

I used to play a lot of Wario in Project M, because I love a lot of the Wario Land-style moves they gave him in that game, like the overhand throw, the ground pound, the shoulder bash (of course), and even the Earthshake Punch from Shake It. I do still like him a lot more in Ultimate than in Smash 4, though. Alongside giving him the shoulder bash, which was long overdue, he does pack a lot of power behind his moves, which was an issue I had with Wario in Brawl and Smash 4. I always saw his brute strength as one of his main characteristics, so his only average attack strength outside of Waft in earlier iterations disappointed me.

Maybe I overdid it a little with his body size, but this gives you kind of an idea of how I'd like to see Wario in Smash.

Something something Wario good

Koopaul said:
Maybe I overdid it a little with his body size, but this gives you kind of an idea of how I'd like to see Wario in Smash.

Well Wario is supposed to be taller than mario anyway. Not much taller, but still. So seeing them side by side does give an idea of how tall Wario should be.

I think most Wario moves that seem odd in Smash are a reference to being upside-down Mario.
So for instance, his back air, down air and down smash, as well as his smash 4 dash attack, are all just Mario's moves but performed upside-down.

I know Wario nowadays is a far cry from being yellow Mario, but I personally really dig that design decision for the throwaway moves.
F

The fact that Wario in Super Smash Bros Ultimate makes me very happy! Overall, the cool thing is that the development team has kept their ambitious promise and Super Smash Bros. Ultimate has all the characters from the previous games in the series.
Last edited: May 31, 2021

I hope there is another wario character in smash some day