I remember having a dream like a few months ago where I had Wario's shoulder bash, and I broke through a wall to escape from something. I don't remember much it's been a while. xD

JorgeTheOddity said:
I remember having a dream like a few months ago where I had Wario's shoulder bash, and I broke through a wall to escape from something. I don't remember much it's been a while. xD
Click to expand...

Was it a "regular" dream, a good dream, or a nightmare?

Speaking of Wario-related dreams, I had a dream recently about seeing Jimmy T's cutscene from Get it together ( sinceitwasspoiledtome ) and I went to Nintendo Power like magazine to see the new stuff in this game. Apparently, more characters were in this cutscene and they all had their own training outfit. Plus, there were more cutscenes where the characters had different styles of outfits, like swimming outfits, space outfits, summer outfits, etc. Some of the pictures were blacked out ( So they won't be spoiled? ), but some were shown. While some characters had almost their whole wardrobe shown, while some only shown one outfit in the picture and the rest was blacked out. I remember one character had a black spacesuit, and it was Orbulon, which was strange since he was an alien and all, but then the dream ended.

Just a Wario Fan said:
Was it a "regular" dream, a good dream, or a nightmare?
Click to expand...

I'd say nightmare, I remember it being intense.

Just a Wario Fan said:
Whoops! I didn't realise until now that I accidentally put this in the wrong thread!
Click to expand...

Somehow I didn't even notice that

I had more dreams recently!

The first dream was about characters having their own blogs in the game, where they talked about random stuff and such. Then, I saw Master Mantis's blog, and one post was about him confused over what Young Cricket showed him. Cricket showed him a video called " Wario ebic fard " with the meme fard sound effects and all and Master Mantis was incredibly confused over it. He had no idea about what memes were and asked how it was supposed to be funny.

The second dream was about me looking up stuff on the computer, normal stuff really. Then suddenly, I saw that it was going to be a Rhythm Heaven/Warioware like concert and some of the characters themselves will be a part of it. Hell yeah, I wanted to see that! So, a few days later, I was watching tv with my family and I hushed my family members as the concert started. It was a comedic concert with the characters from Rhythm heaven and Warioware, but slowly, it became more dramatic and such. Then, almost at the end, Orbs suddenly came in, with an outfit that looked almost exactly like that outfit Tom wore in "The Cat Concerto " and then, Orbulon started playing a sad tune on the piano and then a male Japanese singer started singing a sad song that kinda sounded like " Read my Heart " from Obey Me. Plus, the space bunnies sang the chorus of the song with the singer. Then at the end, after a epic song number, they revealed that Rhythm heaven will be on the switch. So, that was great and all and then the dream ended.

Is Wario the one who puts the medal around your neck, then

Tonight i dreamed that i found a Cat Wario amiibo in a store, but like the amiibo and Cat Wario wasn't announced yet. Then i asked my mom for her phone so i can take a picture and post it to the internet. I also remember when shaked the box it felt like there was water in there instead of a amiibo. 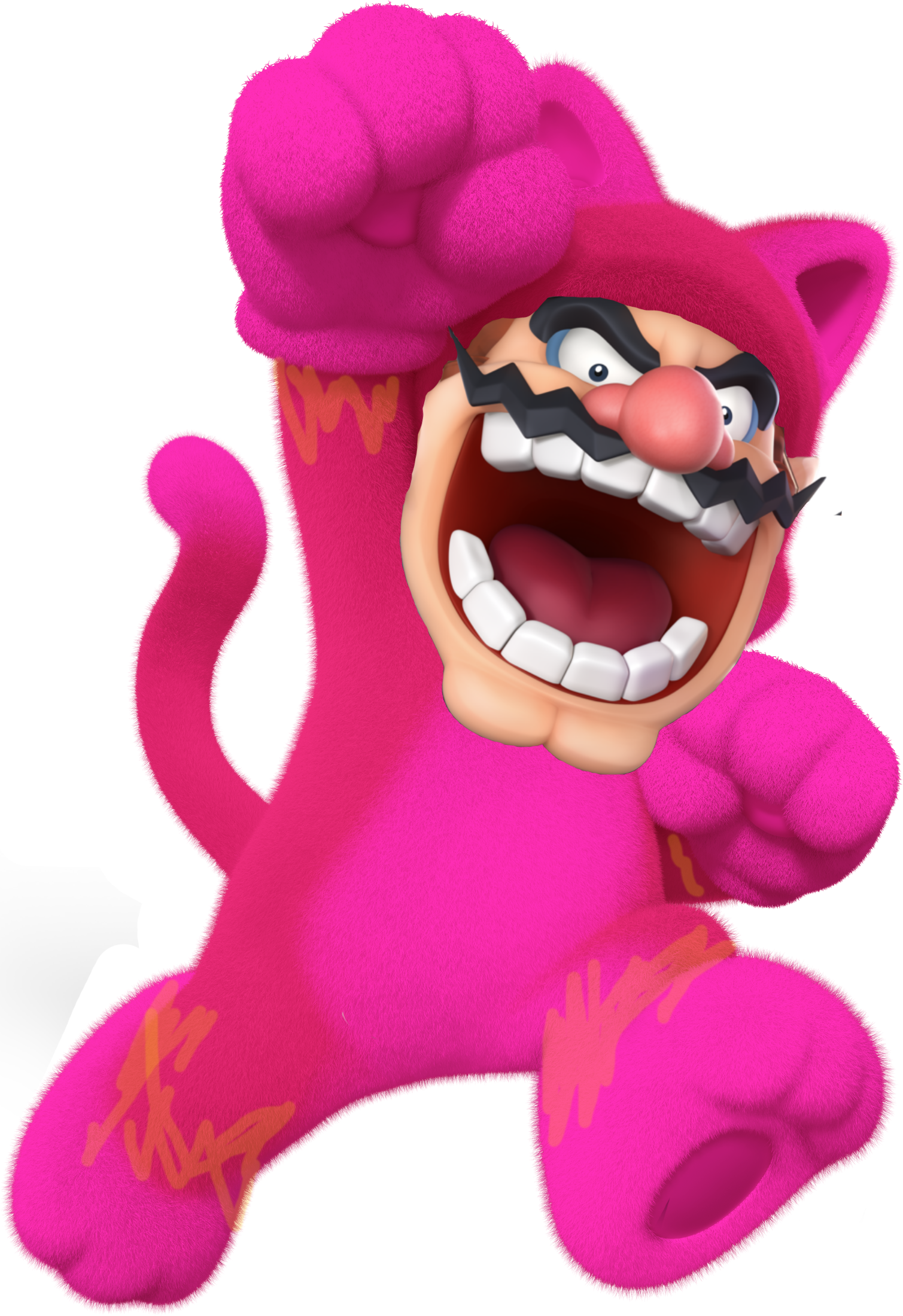 one or two years ago i dreamed about me in a first-person view and the warioware crew building a rocket to get onto mars for no apparent reason, after the rocket got built we took off to mars and landed successfully, Penny said in front of me “we did it, We landed on mars!” then the whole dream ends.
and yes, i know, this dream is pretty messed up that when i think of it now it kinda sounds like nightmare material.

ViewlessGorilla said:
“we did it, We landed on mars!”
Click to expand...

Had a dream about a new Wario Land game. It was sepia tone graphics but hi-res like VBWL's. The level I saw looked like a cobblestone dungeon. It had gameplay like WL1 and played like VB or II, but felt like Anton Blast because it wasn't official I think. There was an option for a second player to join in, but to do that, you had to unlock the secret character. This was a carryover from the previous part of the dream, where there was a Mother 1+2+3 collection. For a mod that implements a SNES upgrade to Mother 1 (which also changed its name from EB Beginnings to something like Earthbraxx), depending on your file name you could encounter a 5th party member named Usapp. You had to call your file name Mother.

Back to Wario, there was a part where he got a power-up. It zoomed in on Wario like the camera was mode 7. Wario yelled "MUSCLE MASS!!" and his face got all craggy. Then he started charging to the left like Fire Wario and when I jumped his forward momentum mixed with a sudden floatiness let him vault the bridge. In the next room, he made it to the left end, nearly hitting the door before stopping. He kind of looked like WL3's version of Puffy Wario in the moment. IDR much else, but the game feel was great.

Oh yeah, the subtitle was Threeio Twoee (written in bigger letters than the Wario Land part, btw) in a mix between Wayoshi and that sharp, cartoony font (can't recall its name). Apparently in the dream, I sussed out that it was a multi-layered pun: 32-bit game, (basic) 3D movement (like LittleBigPlanet's layers system), 2D gameplay.
Last edited: Jul 6, 2022
You must log in or register to reply here.
Share:
Facebook Twitter Reddit Pinterest WhatsApp Email Share Link
Top