I will pass this on to Vlacksr in the future when it becomes much more complete. He's pretty much the classic Wario Land god speedrunner and I'm sure he'd love to give this a go.

Update 020 is out!
Minor changes (AGAIN! When will I ever do something major again!?) and added a message at the end of the credits!

If you have any ideas for future changes, let me know!

Did you expect me to play that with savestates?

Nope! But once you memorize the directions that you need to go, it's easy. Getting the green key is a bit tough though.

By the way, the game can be fully completed! (I just did it yesterday)
You can get all 100 treasures and get all 8 musical coins in all levels!
Last edited: Mar 20, 2018

I'd like to try this... but I think I'd like to play it on an actual handheld, so I'll wait until I get a flashcart.

Update FINAL is out!

Also I was bored so I made a 2nd version of this hack!

Pits and other traps have been added to levels and if you fall into them, you will end up back at the title screen!

This hack is now complete and will not be updated much anymore. Enjoy!
Last edited: Mar 20, 2018

Tiger21820 said:
Nope! But once you memorize the directions that you need to go, it's easy. Getting the green key is a bit tough though.
Click to expand...

Well it's not fun. Just annoying.
Also, when you're making a rom hack you shouldn't just edit random parts throughout the game. Start with level one, then two, etc.
When you have to go around actually finding significant changes, that's not very exciting. 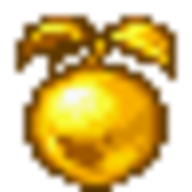 True.
Anyone who's done SMW hacking knows - don't just start adjusting pre-made levels - delete everything and start with a blank one.
Same here. Making a romhack, you should just create your own levels.
I know the level editor isn't that easy to use, but still...

That's pretty inspiring! I will have to start working on an improved hack, and I can make this even HARDER!
Last edited: Jun 26, 2019

A new hack is in progress!

This is based on the super hard version of my hack, and it may be seeing some improvements!

I am trying to figure out how I am going to change most of the levels, so I won't release it for a very long time (Several months), at least until I have made enough significant changes to warrant a release.

Thank you for your encouraging tips, and when a release is ready, I will post a new thread!

Until then, I will leave you with this:
HOLY CRAP, THIS HACK IS FRICKIN' HARD!!! I do not recommend playing this with a keyboard!
Last edited: Mar 21, 2018

Well, I hope it's hard in a fair and engaging way, not just in a frustrating way.
Also, maybe consider putting in a difficulty curve as opposed to a difficulty wall. I.e. don't start with the most difficult part, ease the player into it gradually.
...unless you literally wanna make it Kaizo Wario Land 3.
Tho I'd rather see a more reasonable difficulty level.

That's the idea. I, for some reason, really like making super hard hacks, because it is very satisfying to make it through them! (And they are fun to fail too)

So I guess the theme for this hack is Kaizo Wario Land 3. Some of the levels are still not super difficult though (Such as The Peaceful Village, and a Town in Chaos)

I would call the unnamed hack a causal hack.

It also just started as a scratch pad for tinkering with various things in the game. I at first had no intentions of releasing it to the public until I registered here. It is actually a very old hack dating as far back as
2012. That's why it was so lackluster.

It eventually evolved into what it is today.

The new hack will be a mostly Kaizo Wario Land 3, with some easier levels in between. I am not sure when I will release it, but if you would like a demo to try out, I can post one. It is not intended to be played casually.

It however, has a "restore point" function (unintentional) that loads the position you suspended your game (by selecting "SAVE" on the pause menu) on if you touch a checkerboard tile (Which are tiles that warp you to a sector when touched. If there is no defined destination, you will return to the title screen. This is a key feature for this hack)
Last edited: Jun 21, 2018

I do feel like too many hacks and fan games go for difficulty now, and it's often not for the better. Everyone seems to want to make ultra hard games, but to be honest, don't think that's a good thing for series like Mario and Wario Land. They weren't hard games to begin with, and part of their appeal came from being reasonable games with fun level design and creative ideas rather than them being some sort of Super Meat Boy esque ultra challenge setup.

Kaizo as a concept is just way overdone at this point.

Pretty much.
Wario Land 3 was more about figuring out what to do and how to do it. Actually pulling it off was never meant to be too hard.

Why didn't Nintendo make such a thing? I would definitely play it.

Just a Wario Fan said:
Why didn't Nintendo make such a thing? I would definitely play it.
Click to expand...